Love, in the Time of Zika

On the Italian coastline, overlooking the shimmering calm of the Adriatic Sea, I’ve been catching up with an old friend whilst finally having chance to immerse into Garcia’s Love in the Time of Cholera. Her heart for Brazil and love for all health issues regarding Mother and Child, combined with my own intrigue for emerging viruses, has led us to discuss the inevitable. The Zika Virus.

I last visited Italy nearly three years ago at the Eastern elbow of Ancona where, on the clearest of Mediterranean days, Croatia can be seen waiting on the horizon. Much has changed since back then, both personally and in the narrative of Tropical Medicine. Physically I’m in the same place; guarded by soft-rustling leaves across rolling countryside yet merely a Horse Chestnut’s throw from the region’s pebbled white beaches. Memories are stirred by the touch of its sacred sun, Marche’s unequalled pomodori on my palate, the grace and grandeur of ancient ruins overlooking the glistening waters and the amalgam of scents from sea and blossom. For mind and body, I couldn’t welcome this break more – away from a saturated term of musculoskeletal insertions and origins, of cell signalling pathways and intrathoracic pressures, and of scrotums and Swiss-cheese models. Here, I’ve a chance to process the recent past, the Mediterranean way.

My old friend works in a quiet bookshop amongst the town centre’s tortuous cobbles and winds but affords time to indulge me with Italian ice cream spots and legendary Trattorias. Given our backgrounds, it is only a matter of hours before we first broach the emergence of Zika and its inherent gravitas. The very first thing I ever asked her when we met several years ago was whether she was of Brazilian descent, so immediately apparent her affinity for this Amazonian country is. Despite her fluency in Portuguese, long stints in Rio and ineffable vibrancy, she is full-blown Italian. Today, I wondered how the Zika virus epidemic amongst the Meso- and South- Americas played on her mind.

From the first documented outbreak of Zika Virus in the South Pacific, on Yap island in 2007, the virus roared through French Polynesia and is now bringing further challenges to already stretched health systems across much of the Americas. I am reminded to not overlook the gravity of the epidemic; to consider the human story. The biggest concerns are of course for pregnant women and their developing children – a notoriously hard demographic to investigate scientifically and one that is, as many academics will attest to, often overlooked in the field of tropical diseases.

The body of evidence for Zika Virus as a causative factor for the burgeoning case load of microcephaly is mounting, day by day. Professor Laura Rodriguez of The London School of Hygiene and Tropical Medicine has been an ever present advocate for Women’s Health and is leading a research partnership between UK and Brazil to get to the bottom of Zika’s role in microcephaly. In recent interviews, she and other investigators have highlighted results from recent studies of the French Polynesia Zika outbreak. The results are sobering, particularly so for women in their first trimester of pregnancy, with roughly 1% of women infected with Zika virus in this trimester going on to give birth to neonates with small heads and brains, who will go on to exhibit related developmental problems throughout childhood. The early picture remains without conclusion, but in a contrast to the handling of previous outbreaks, governmental bodies such as the WHO alongside philandthropic funding bodies have acted with admirable strength and vigour in an effort to get on top of this. Just when and how we ‘get on top of this’ is far from certain, but any clinical interventions must cater for two lives, in polar phases of life’s spectrum.

Two lives at critical points; amongst stretched health resources, with no benchmark, in countries burdened by anti-abortion doctrines across cities donning as perfect hosts to a beautifully adapted vector, faced with an initial infection typically presenting under the guise of mild Dengue, and with life-long devastating neurological and mental complications with their own set of stigmas and economical blows. This is what we are faced with. This is why I feel as though this continued trend of emerging infections is unequivocally merciless.

Uganda, 1947 – The where and when for Zika Virus making its presence known to the human world, courtesy of a sentinel primate. Since then, Zika has kept up appearances throughout a cluster of studies which would go on to be published in respected journals. Taking solely the human narrative into account, it is perhaps unsurprising that Zika gets less than a third of a page’s mention in the seminal Manson’s Tropical Diseases (latest edition published in 2013). Despite this, over a few insightful lines teetering on premonition, the text does highlight how such novel arboviruses – viruses transmitted by an insect vector – hold the potential to cause outbreaks and epidemics of great burden on a global scale, yet these new introductions are often noticed too late and after some alarming signal. Even if it should turn out that the Zika Virus and Microcephaly links hold untrue, countering all current correlations, I know it won’t be the last time we hear of an emerging virus causing local and global concerns. 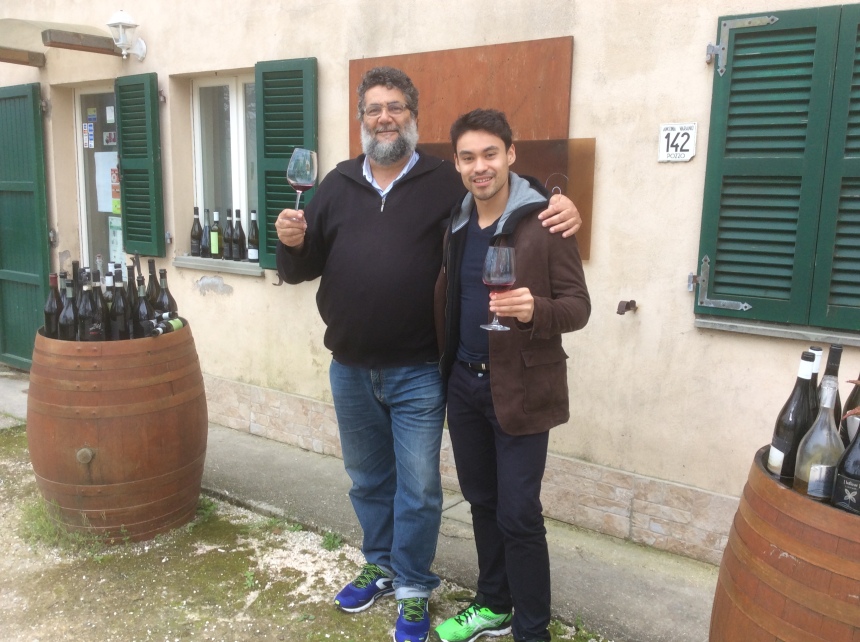 Vino Rosso in Ancona’s Vinyards. Within minutes of catching up, he too was eager to discuss the Zika Virus.

I once heard a smart and passionate colleague declare that the discipline of vector biology is a dying art for the aging eccentrics of the world. I am pretty sure she got this one wrong. When you look at Aedes aegyptii and, possibly, Aedes albopictus, we see two species of mosquito capable of harbouring multiple pathogens such as Dengue, Zika Virus, Chikungunya and Yellow Fever Virus – you naturally question what makes them so special. Why does our human relationship with these vectors prove so tormenting?

As I take a moment to breathe in the morning’s offerings, from the hidden azure with  distinct Anconean scent and early springtime blossom, it becomes clearer how this beautiful, intricate dance with the natural world is paradoxically ugly and harsh. Zika Virus and its Vessel have dared to rattle the bonds of love between mother and child, between father and future, between communities and the environment they call home. For me and for many, it is no longer possible to overlook how understanding my relationship with the flora and fauna is as salient as the relationships I share with friends of old and new. As swirling mists keep check on the morning’s dew, the notion of a mild fever and rash alone bares no more significance than a drop in the Adriatic Sea. 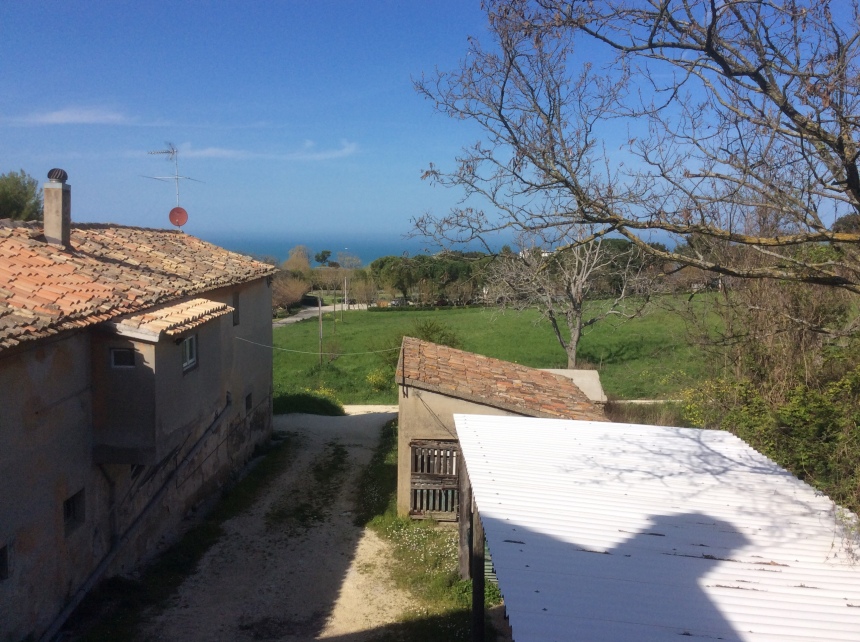 View over the coast, taken on the day of my arrival.